Pints Up! GC Is the Place to Be During Idaho Craft Beer Month 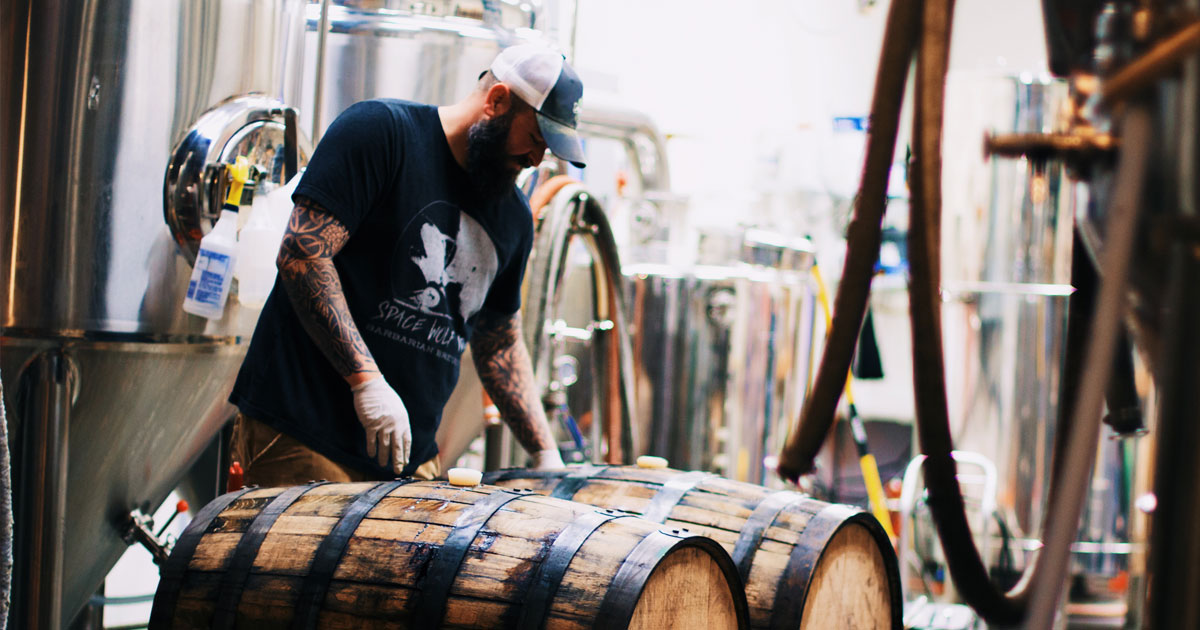 There’s never been a better time to hoist a pint in Garden City. As the weather warms and patios fill, the six breweries and cidery along the city’s Craft Beverage Corridor are gearing up for Idaho Craft Beer Month with new releases and old favorites. Ready to plan your own celebration? Read on for inspiration!

Co-Owner and Business Manager Bre Hovley says this boundary-pushing brewery has recently released an astounding 11 beers that will be available in April. Sour lovers, take note: You won’t want to miss this. 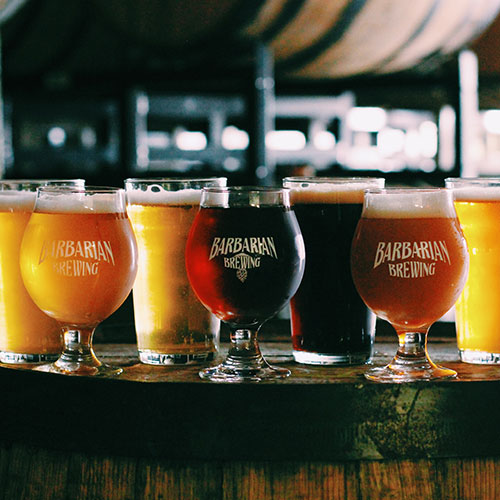 Danger Sunset, a spontaneously fermented sour blend aged in oak barrels and finished with strawberries and coconut that was inspired by the South Beach of Miami, 1986 (this one’s for you, “Miami Vice” lovers).

I Told You I Was Krieky

I Told You I Was Krieky, another spontaneously fermented sour aged beer that features “a freaky” amount of tart cherries.

Spawn of Barbarian, a 2019 brew that was aged in oak barrels before huckleberries were added this winter. The result is “a true amalgamation of Idaho flora and fruit, perfectly fusing the tartness of the huckleberry with the acidity of the spontaneously fermented sour.”

Reserve Morrigan takes its name from the Celtic goddess of war and death who, legend has it, flies over the battlefield in the shape of a raven. This beer is a spin on the original 2015 Reserve Morrigan that Barbarian’s brewmasters crafted back in its early days. The 2020 vintage was aged in red wine barrels with juice from 50 pounds of Petit Verdot and 50 pounds of Petit Syrah grapes.

Valkyrie, which will make its debut in April, is named after the female warriors who flew with the Norse god Odin into battle. This farmhouse sour ale is infused with elderflowers and Sauvignon Blanc juice.

This brewery is beloved for its fun space and wide-ranging offerings — besides beer, Western Collective also sells hard seltzer, coffee, and boozy slushies. But beer lovers will be excited to learn that the brewery’s famous Hazy Series of IPAs is getting a new edition (Volumes 1-4 are currently available).

“The hazy series are some of my favorite hazies,” says Western Collective’s Corey Jolliffe. “The 3 and 4 are absolutely delicious and I can’t wait to try Volume 5.”

The brewery also released Roca Jack, a lager IPA with a tropical blend of hops, in March. Keep your eyes open for new slushy flavors, too. Western Collective will have regular events like its Dueling Pianos series throughout April; check out the events calendar for more. 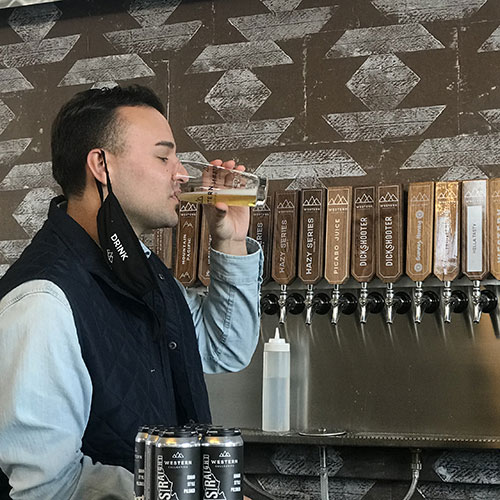 Powderhaus’s Belgian-Style Quad has been aging in Woodford Reserve barrels for a year, taking on layers of whiskey and caramel notes in the process.

“It is so stupid good,” says Powderhaus’s Mark Schmidt, who runs the brewery with his brother and parents.

The quad is just one of the releases that will be available in April. Look for the Dortmunder, part of a German rotational series featuring German hops, and March releases such as the Dubbel Belgian-Style Beer; Schmidts and Grins, a doppelbock; and Hinterlander, a cold-brew coffee porter. Albertsons purchased the latter three, so keep an eye out in your local store.

This year, Powderhaus is expanding its space and adding a cold room. Check the brewery’s website for events like its Barely Civilized Workshops, where you can grab a beer and learn outdoor skills like knife sharpening. 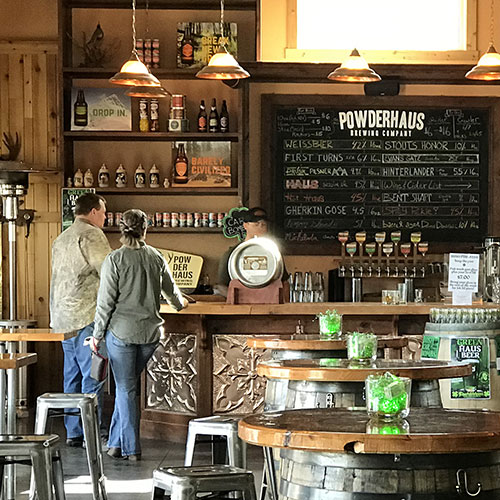 This brewery is a family affair, and its Garden City taproom is as welcoming as going to your buddy’s for a beer. County Line is known for brews like the Hayride Pale Ale, Ruth’s Lager, and the Slow Draw Oatmeal Stout (now all available in six-packs). Head to the taproom on Wednesdays for County Line’s weekly trivia night or support the brewery by ordering online and popping by for pickup. 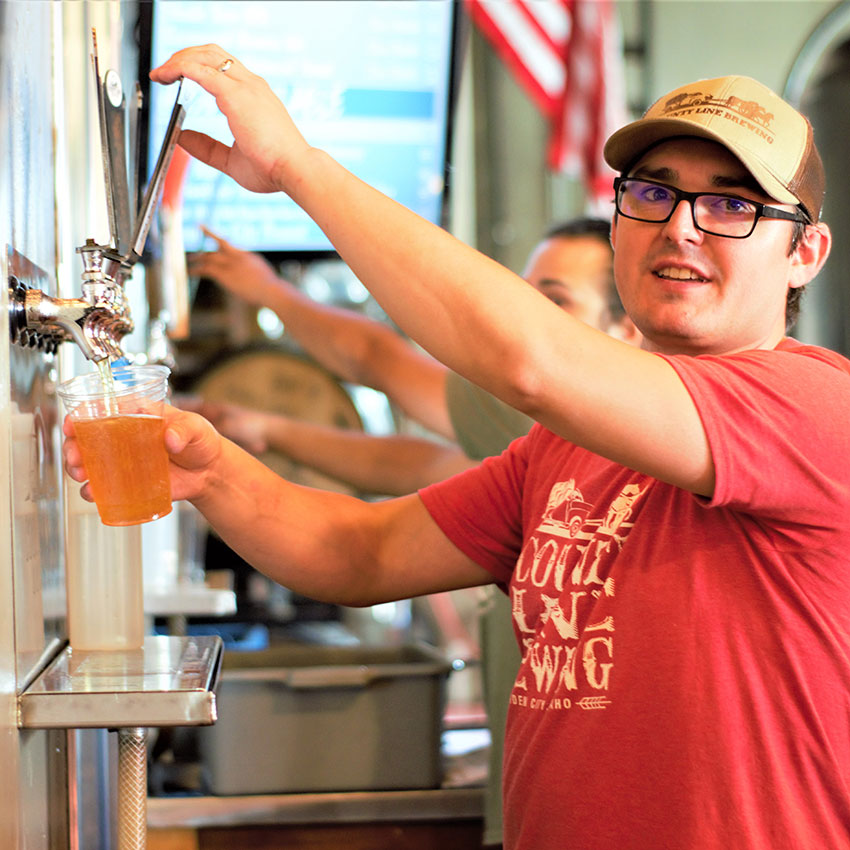 Garden City isn’t the only place that will be raising its glasses in April — the whole state is celebrating our hoppy good fortune.

Pints Up Idaho, a statewide, collective pint day, will take place April 1. Participating breweries will feature commemorative pint glasses (usually available with the purchase of a beer). This year’s glass will feature a colorful, screen-printed design of the goddess of barley and hops, brought to you by the Idaho Barley Commission.

The pandemic has precluded Idaho Craft Beer Month’s annual festival, but never fear! Sign up for a curated beer box featuring unique beers from around the state. Orders will begin April 7 and will last for only a few days, so don’t miss your chance. The beers will be available for pickup (precise location TBA) the week of April 26.

Idaho Brewers United will host a virtual scavenger hunt on its Facebook (@idahobrewers) and Instagram (@idahobrewersunited) accounts in April — win and you could take home a prize pack! 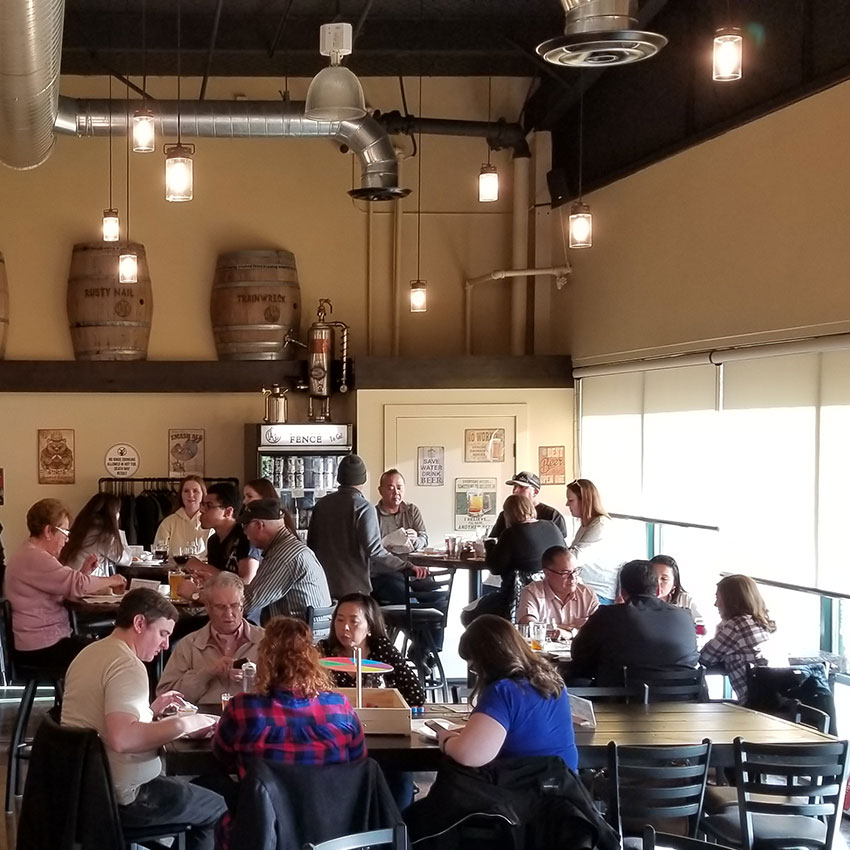 Garden City’s newest brewery launched in December 2020, during the depths of the pandemic, but that hasn’t slowed this all-in-the-family operation down. It’s owned by life and business partners Ed Danti and Greta Mohr. Greta’s son Bud is Twisted District’s brewer and oversees its four tanks.

You won’t want to miss his unique takes like Hazy Pale, Teddy Loves Pils, Da Dunk’aDunk, Twisted Hefe, Push and Porter (made with cold brew from GC’s own Push and Pour coffee shop), and Rauchambo. While you’re sipping your brews, take in live music and try savory offerings from Twisted District’s menu like brisket and gorgonzola kettle chips or smoked buffalo brats. 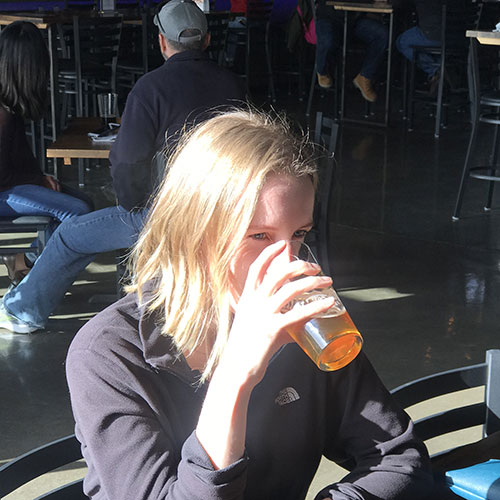