Art Is the Heart of Garden City

Murals, art benches, galleries … Garden City isn’t just a haven for artists, it’s a must-see destination for art lovers. From the artist studios and craft beverage makers featured on the Garden City Artisans Pathway Map to the public art works and galleries listed below, you’ll discover more than enough creativity to fuel a weekend in the city.

The vestiges of the city’s industrial past offer the perfect canvas for muralists. From homages to the city’s past to inspirational messages, the murals of Garden City offer colorful pops of public art in unexpected places.

Above, Below, and On Glenwood Street 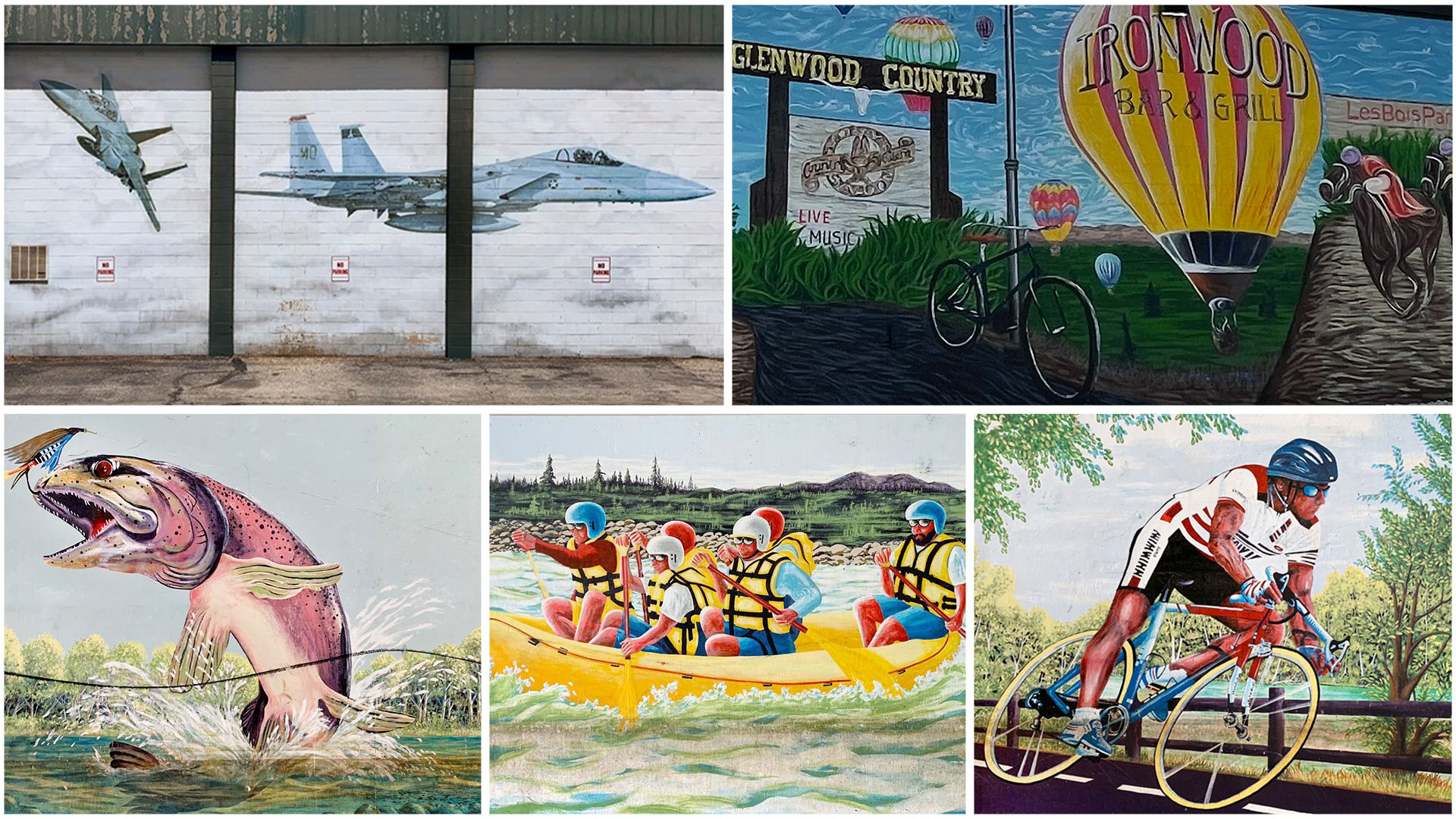 Three murals can be found near Glenwood Street. The Airplane Mural, painted on the south side of the Signs by Smith Building at 4747 N. Glenwood, depicts several of the U.S. Airforce jets you might see in the sky overhead. A trio of works — the Fishing Mural, the River Rafting Mural, and the Cyclist Mural, all under the Glenwood Bridge — depict some of the most popular Boise River activities in vibrant color. Garden City’s newest mural is located at Ironwood Bar & Grill at 5467 N. Glenwood and depicts iconic signs and sights of the city. 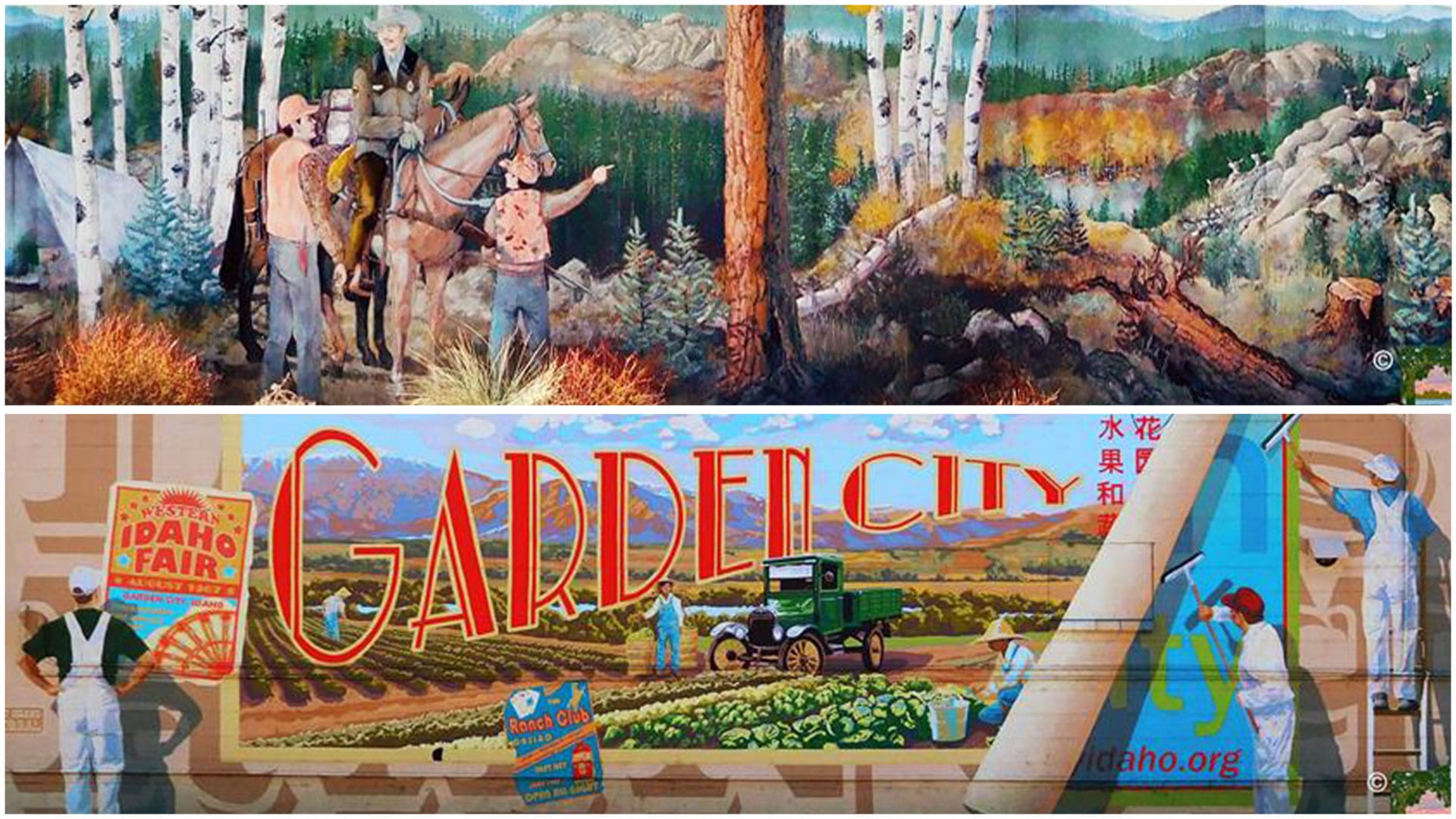 Hunters, set amidst an autumnal landscape, set out to bag deer in the Hunter Mural at the Boise Hunter Education Center, 109 W. 44th Street. Over at 107 E. 44th Street, across from Cinder Wines, the iconic Garden City Postcard Mural offers a colorful crash course in history to visitors exiting the tasting room. 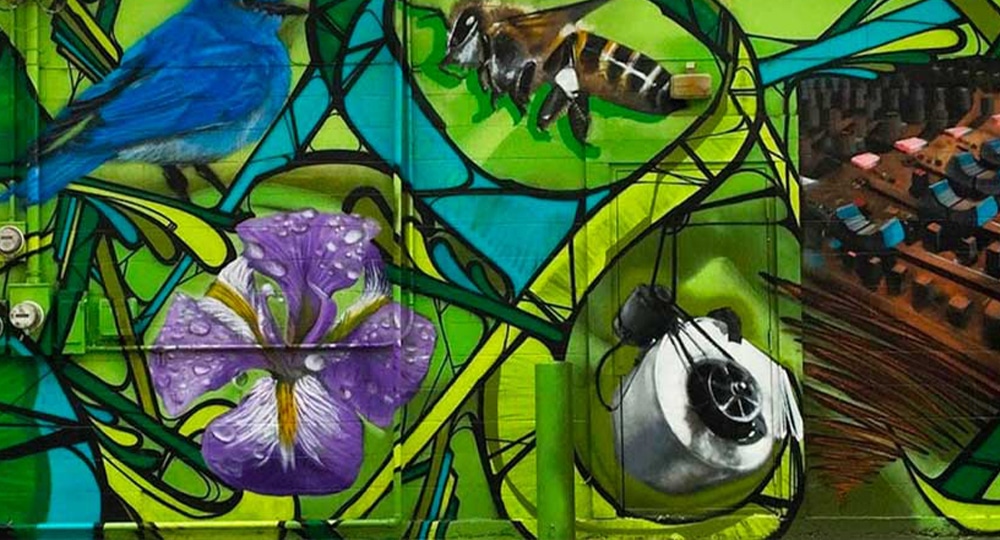 A Garden of Creativity, featuring larger-than-life flora and fauna in can’t-miss-it splashes of color, graces the back of Cobby’s Sandwich Shop at 4348 Chinden Boulevard. 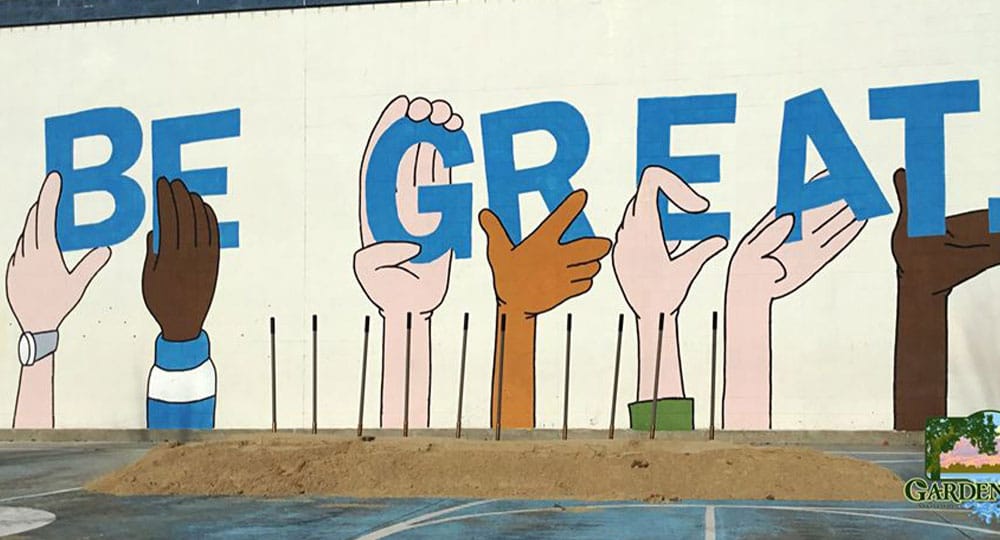 The Be Great Mural, with its helping hands and powerful message, serves as a constant reminder for the kids attending the Boys & Girls Club of Ada County at 610 E. 42nd Street. Note: The mural has recently been covered by the new cafeteria

Garden City’s SITy Benches public arts project is inspired by a treasure trove of leafy spaces, including a number of parks and the Greenbelt. Garden City kicked off the project in 2019 — the first of its kind in the Treasure Valley — by choosing five artists to design and fabricate art benches. So far, eight artists have created seven site-specific benches that range from the sculptural to the playful, with more to come. Finding them is the perfect pastime for a lazy Sunday (with plenty of rest breaks included).

Five benches have been installed with more to come, visit the Garden SITy Art Bench Project to learn more. 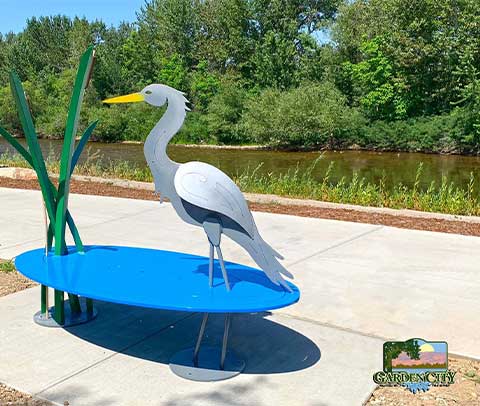 Here, you’ll discover two SITy benches by Ken McCall that draw on the beauty of the Boise River. A colorful, larger-than-life heron and cattails bookend the aptly-named Heron Bench. Nearby, a sculptural swirl of blue waves rises toward the sky while a green leaf provides a seat on the River Throne, a perch worthy of a river nymph. 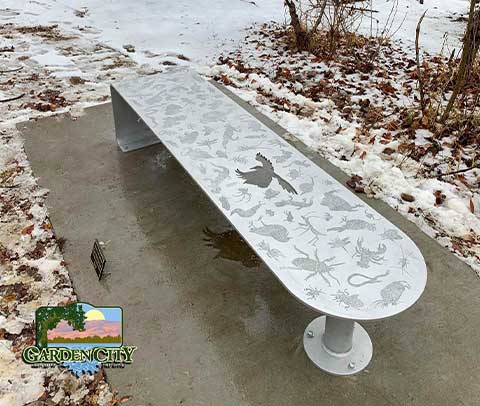 The silver Above and Below, by Claire Remsberg and Nicole McDonald, is silhouetted with the many animals that scurry about the earth along the river and swoop in the skies above. The greenish-blue tones of Lazy River, by Russ and Adele Lewis of Touch of Glass, nearly blend into the trees and shrubs that line the river. But take a closer look and you’ll discover glass inlays, including charming green fish. 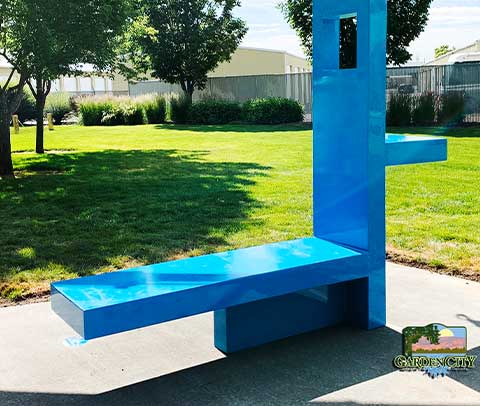 As the owner and designer at Studio 1212, Derek Hurd has more than a little experience creating eye-catching furniture. But his Blue Bench is a standout: Bright blue and angular, it serves as a frame for the surrounding landscape. 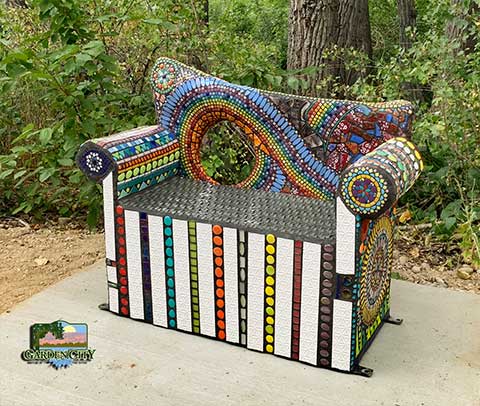 Reham Aarti’s Greenbelt Sherbet, located at the end of 50th Street, is as colorful as its eponymous namesake — a kaleidoscope of mosaiced glass and tile painstakingly placed along its sofa-like lines. Trio, by artist and blacksmith Susan Madasci, stretches the limits of what a bench is. Its cluster of leaf-like structures beckons climbing kids and face-to-face conversations alike. You can find it at East 40th Street and the Greenbelt.

The Visual Arts Collective is part music venue, part gallery, part theatre, part bar — and over the years it has become one of the most lively and interesting places to experience the arts in the Treasure Valley. The VAC is currently closed due to the pandemic, but you can help ensure that it’s back in full force in 2021 by contributing to Love Letters for the VAC.

Surel’s Place is the home of the late artist Surel Mitchell, who championed Garden City as a haven for makers and artists. Her custom-built house is now a residence for a rotating cast of musicians and artists who create inspired works in the space. Although in-house events are off the table for now, you can check out online lectures or visit Hallie Maxwell’s installation Reviresco. Reviresco is an interactive piece housed in the Green Box, a World War II mobile field office, that will run from November 2020 to March 2021. Viewers will have access to paper and instructions so they can create paper cranes that will fill the Green Box and serve as mementos of healing during the pandemic. Check for updates, including online crane-making demonstrations, on the organization’s Facebook page.

In 1998, artist Surel Mitchell built a home in Garden City and changed the trajectory of the city’s future. Her home was a place to live and to create and share her art, and she began advocating for Garden City as a location where other artists could build the same lifestyle. She served on Garden City’s Planning & Zoning Commission and the city’s first Arts Commission and championed the idea of a “live, work, create” district.

In 2006, the Garden City Council formally approved the creation of the district between 32nd and 37th streets on either side of Chinden Boulevard. After Mitchell’s passing in 2011, the council named the Surel Mitchell Live-Work-Create District in her honor.

After Mitchell’s death, her friends and family transformed her Garden City home into Surel’s Place, a non-profit artist-in-residence program that attracts artists from around the nation and the world.

The Surel Mitchell Live-Work-Create District
is a neighborhood like no other. Its many features include:

What’s your favorite spot to check out local art in Garden City? Give us your recommendations in the comments below.